Despite early-stage virtual reality market and augmented reality market valuations softening in a transitional period, total global AR/VR startup valuations are now at $45 billion globally — include non-pure play AR/VR startups discussed below, and that amount exceeds $67 billion. More than $8 billion has been returned to investors through M&A already, with the remaining augmented and virtual reality startups carrying more than $36 billion valuations on paper. Only time will tell how much of this value gets realized for investors. 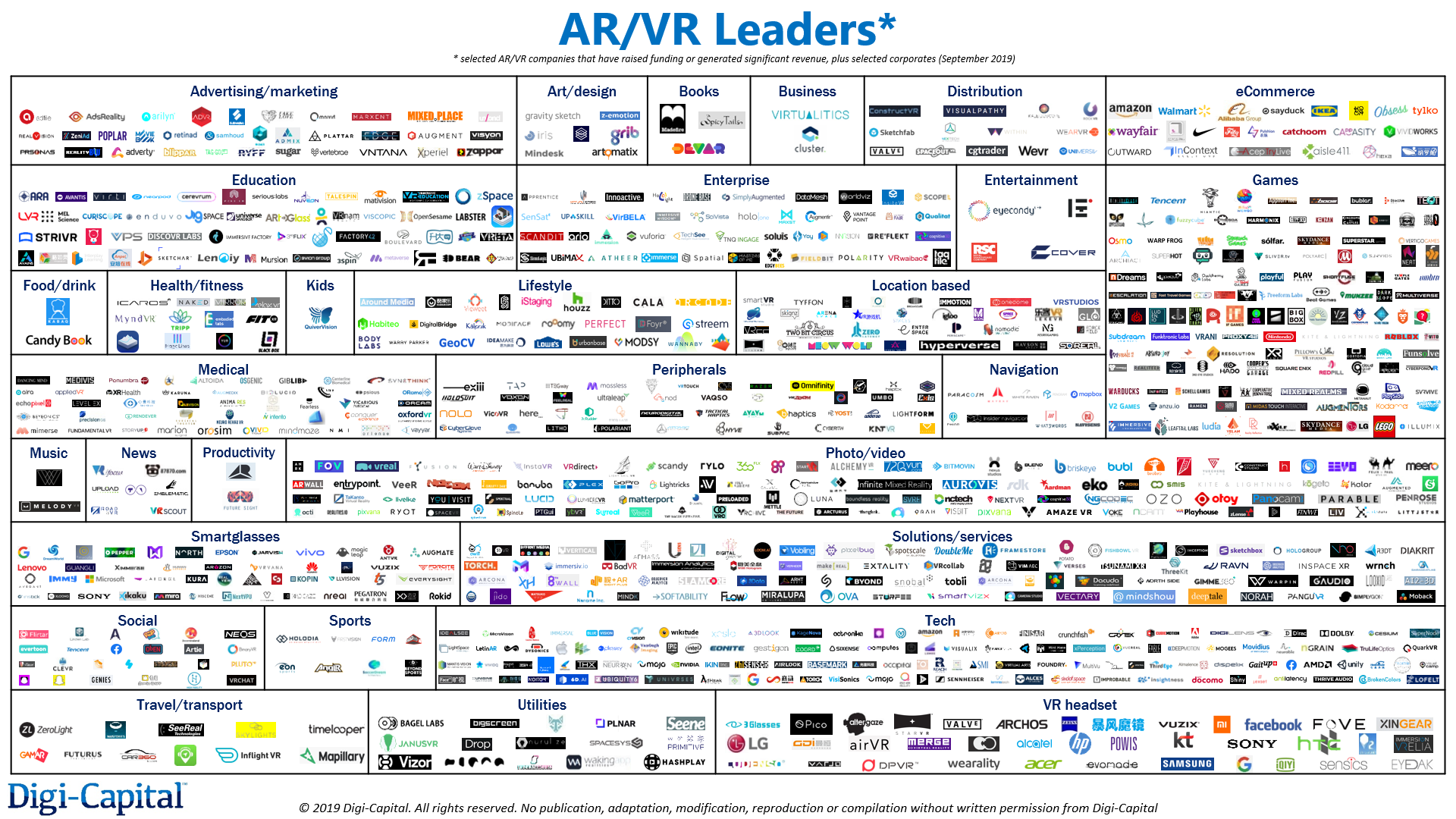 Selected AR/VR companies that have raised funding or generated significant revenue, plus selected corporates as of September 2019.

There is significant value concentration, with just 18 AR/VR pure plays accounting for half of the $45 billion global figure. Some of the large valuations are for Magic Leap (well over $6 billion), Niantic (nearly $4 billion), Oculus ($3 billion from exit to Facebook), Beijing Moviebook Technology ($1 billion+) and Lightricks ($1 billion). While there are unicorns, the market hasn’t seen an AR/VR decacorn yet.

Across all industries — not just AR/VR — around 60% of VC-backed startups fail, not 90% as often quoted. That doesn’t mean this many startups crash and burn, but that 60% of startups deliver less than 1x return on investment (ROI) to investors (i.e. investors get less back than they put in). To better understand what’s happening in AR/VR, let’s analyze the thousands of startup valuations in Digi-Capital’s AR/VR Analytics Platform to see where the smart money is by sector, stage and country.