Tile, the maker of Bluetooth-powered lost item finder beacons and, more recently, a staunch Apple critic, announced today it has raised $40 million in non-dilutive debt financing from Capital IP. The funding will be put toward investment in Tile’s finding technologies, ahead of the company’s plan to unveil a new slate of products and features that the company believes will help it to better compete with Apple’s AirTags and further expand its market.

The company has been a longtime leader in the lost item finder space, offering consumers small devices they can attach to items — like handbags, luggage, bikes, wallets, keys and more — which can then be tracked using the Tile smartphone app for iOS or Android. When items go missing, the Tile app leverages Bluetooth to find the items and can make them play a sound. If the items are further afield, Tile taps into its broader finding network consisting of everyone who has the app installed on their phone and other access points. Through this network, Tile is able to automatically and anonymously communicate the lost item’s location back to its owner through their own Tile app. 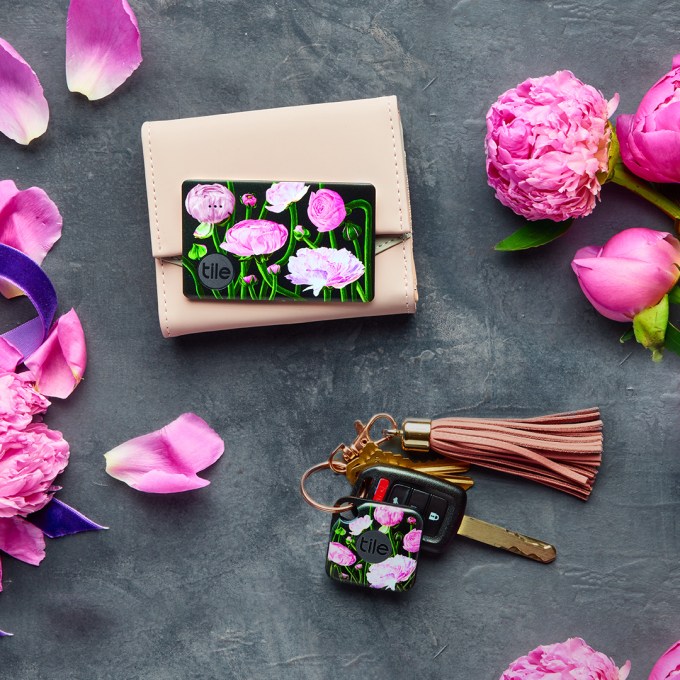 Tile has also formed partnerships focused on integrating its finding network into over 40 different third-party devices, including those across audio, travel, wearables and PC categories. Notable brand partners include HP, Dell, Fitbit, Skullcandy, Away, Xfinity, Plantronics, Sennheiser, Bose, Intel and others. Tile says it’s seen 200% year-over-year growth on activations of these devices with its service embedded.

To date, Tile has sold more than 40 million devices and has over 425,000 paying customers — a metric it’s revealing for the first time. It doesn’t disclose its total number of users, both free and paid combined, however. During the first half of 2021, Tile says revenues increased by over 50%, but didn’t provide hard numbers.

While Tile admits that the COVID-19 pandemic had some impacts on international expansions, as some markets have been slower to rebound, it has still seen strong performance outside the U.S., and considers that a continued focus.

The pandemic, however, hasn’t been Tile’s only speed bump.

When Apple announced its plans to compete with the launch of AirTags, Tile went on record to call it unfair competition. Unlike Tile devices, Apple’s products could tap into the iPhone’s U1 chip to allow for more accurate finding through the use of ultra-wideband technologies available on newer iPhone models. Tile, meanwhile, has plans for its own ultra-wideband-powered device, but hadn’t been provided the same access. In other words, Apple gave its own lost item finder early, exclusive access to a feature that would allow it to differentiate itself from the competition. (Apple has since announced it’s making ultra-wideband APIs available to third-party developers, but this access wasn’t available from day one of AirTag’s arrival.)

Tile has been vocal on the matter of Apple’s anti-competitive behavior, having testified in multiple congressional hearings alongside other Apple critics, like Spotify and Match. As a result of increased regulatory pressure, Apple later opened up its Find My network to third-party devices, in an effort to placate Tile and the other rivals its AirTags would disadvantage.

But Tile doesn’t want to route its customers to Apple’s first-party app — it intends to use its own app in order to compete based on its proprietary features and services. Among other things, this includes Tile’s subscriptions. A base plan is $29.99 per year, offering features like free battery replacement, smart alerts and location history. A $99.99 per year plan also adds insurance of sorts — it pays up to $1,000 per year for items it can’t find. (AirTag doesn’t do that.)

Despite its many differentiators, Tile faces steep competition from the ultra-wideband-capable AirTags, which have the advantage of tapping into Apple’s own finding network of potentially hundreds of millions of iPhone owners.

However, Tile CEO CJ Prober — who joined the company in 2018 — claims AirTag hasn’t impacted the company’s revenue or device sales.

“But that doesn’t take away from the fact that they’re making things harder for us,” he says of Apple. “We’re a growing business. We’re winning the hearts and minds of consumers… and they’re competing unfairly.”

“When you own the platform, you shouldn’t be able to identify a category that you want to enter, disadvantage the incumbents in that category, and then advantage yourself — like they did in our case,” he adds.

Tile is preparing to announce an upcoming product refresh that may allow it to better take on the AirTag. Presumably, this will include the pre-announced ultra-wideband version of Tile, but the company says full details will be shared next week. Tile may also expand its lineup in other ways that will allow it to better compete based on look and feel, size and shape, and functionality.

Tile’s last round of funding was $45 million in growth equity in 2019. Now it’s shifted to debt. In addition to new debt financing, Tile is also refinancing some of its existing debt with this fundraise, it says.

“My philosophy is it’s always good to have a mix of debt and equity. So some amount of debt on the balance sheet is good. And it doesn’t incur dilution to our shareholders,” Prober says. “We felt this was the right mix of capital choice for us.”

The company chose to work with Capital IP, a group it’s had a relationship with over the last three years, and who Tile had considered bringing on as an investor. The group has remained interested in Tile and excited about its trajectory, Prober notes.

“We are excited to partner with the Tile team as they continue to define and lead the finding category through hardware and software-based innovations,” said Capital IP’s Managing Partner Riyad Shahjahan, in a statement. “The impressive revenue growth and fast-climbing subscriber trends underline the value proposition that Tile delivers in a platform-agnostic manner, and were a critical driver in our decision to invest. The Tile team has an ambitious roadmap ahead and we look forward to supporting their entry into new markets and applications to further cement their market leadership,” he added.