Saleswhale, a Singapore-based startup that uses AI to help marketers and salespeople close deals, has announced a Series A round worth $5.3 million.

The investment is led by Monk’s Hill Ventures — the Southeast Asia-focused firm that took part in Saleswhale’s seed round in 2017 — with participation from existing backers GREE Ventures, Wavemaker Partners and Y Combinator. That’s right, Saleswhale is one a select few Southeast Asian startups to have been through YC, it graduated back in summer 2016.

Saleswhale — which calls itself “a conversational email marketing platform” — uses AI-powered “bots” to handle email. In this case, its digital workforce is trained for sales leads. That means both covering the menial parts of arranging meetings and coordination, and the more proactive side of engaging existing leads.

Back when we last wrote about the startup in 2017, it had just half a dozen staff. Fast-forward two years and that number has grown to 28, CEO Gabriel Lim explained in an interview. The company is going after more growth with this Series A money, and Lim expects headcount to jump past 70; Saleswhale is deliberating opening an office in California. That location would be primarily to encourage new business and increase communication and support for existing clients, most of whom are located in the U.S., according to Lim. Other hires will be tasked with increasing integration with third-party platforms, and particularly sales and enterprise services.

The past two years have also seen Saleswhale switch gears and go from targeting startups as customers, to working with mid-market and enterprise firms. Saleswhale has over one hundred customers that include recruiter Randstad, educational company General Assembly and enterprise service business Unit4. As it has added greater complexity to its service, so the income has jumped from an initial $39-$99 per seat all those years ago to more than $1,000 per month for enterprise customers. 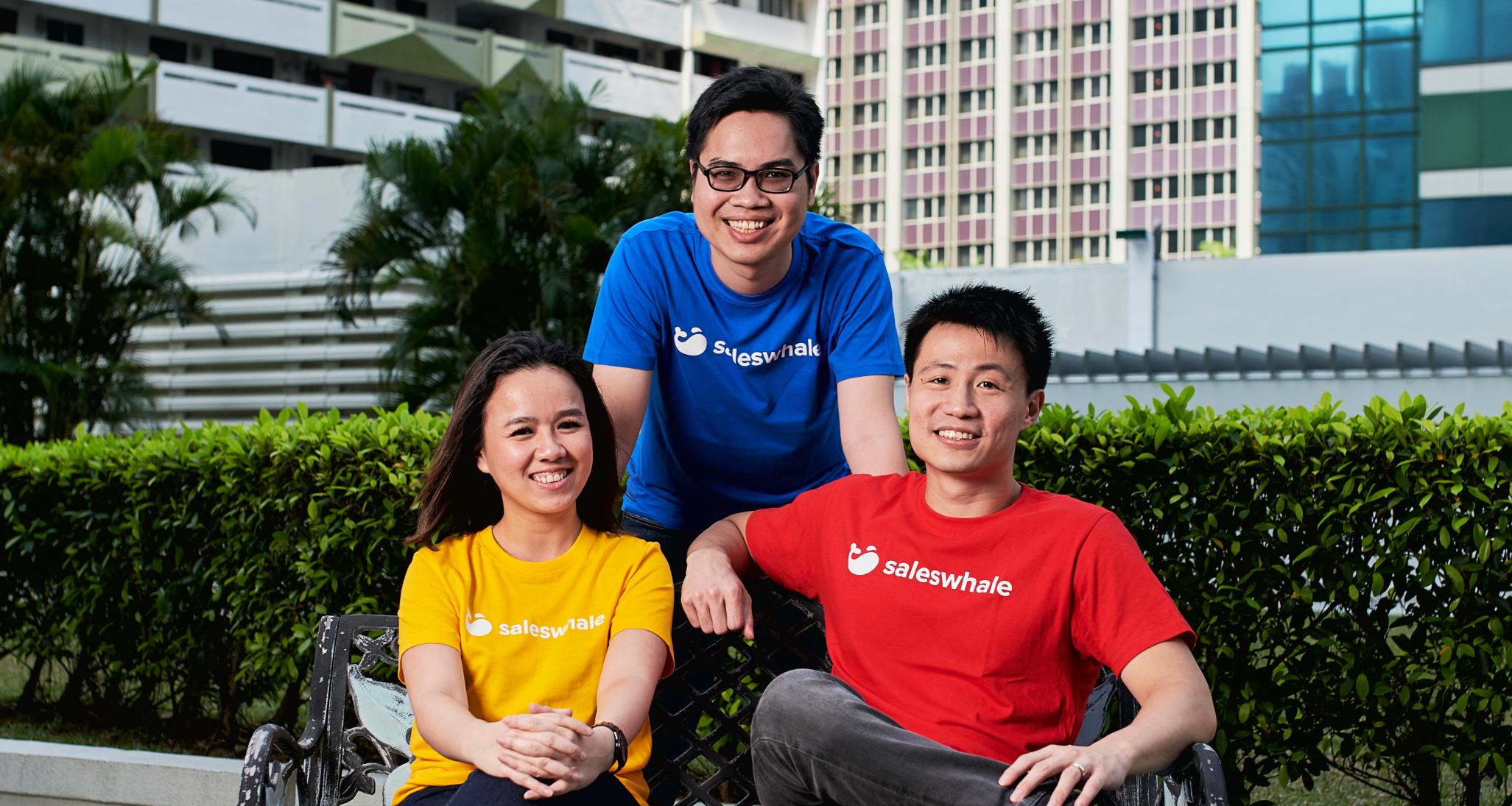 While AI is a (genuine) threat to many human jobs, SalesWhale sits on the opposite side of that problem in that it actually helps human employees get more work done. That’s to say that SalesWhale’s service can get stuck into a pile (or spreadsheet) of leads that human staff don’t have time for, begin reaching out, qualifying leads and sending them on to living and breathing colleagues to take forward.

But when SalesWhale reps do get involved, they are often not recognized as the bots they are.

“Customers are often so convinced they are chatting with a human — who is sending collateral, PDFs and arranging meetings — that they’ll say things like ‘I’d love to come by and visit someday,’ ” Lim joked in an interview.

“Indeed, a lot of times, sales team refer to [Saleswhale-powered] sales assistant like they are a real human colleague,” he added.

Note: The original version of this article has been corrected to reflect that Monk’s Hill Ventures participated in Saleswhale’s seed round, it didn’t lead it. While we have adjusted that the startup has over one hundred customers rather than “hundreds.”