There’s a double standard when it comes to the sexualities of men versus women, trans and gender non-conforming folks. Unbound and Dame Products, two sex tech startups, have teamed up to bring attention to the issue.

By launching a website, “Approved, Not Approved” and staging a protest outside Facebook’s NYC headquarters, the two startups hope to bring more awareness to the company’s advertising guidelines that seem to favor products that cater to cisgender men. The point of the digital campaign is to show how ads for sex toys and products geared toward men are more likely to be approved than those for women, trans or gender non-conforming people.

“For so long, advertisements have been how we continue to reinforce the status quo of what we view as societally desirable and validating,” Dame Products CEO Alexandra Fine told TechCrunch. “Since we’re in a category that’s often denied, we wanted to create an experience that illuminates the disparity.”

On Facebook, for example, it’s prohibitive to promote the sale or use of adult products or services except for ads that pertain to family planning and contraception. The policy also requires that ads for contraceptives cannot focus on sexual pleasure or sexual enhancement, and have to be targeted to people 18 years or older.

“They’re never going to view sexual pleasure as necessary — only functionality as necessary,” Fine said. “And since the functioning only matters for one sex, then we’re just encouraging shitty sex or at least one-sided sex. Healthy sex should be pleasurable sex. That’s really what I think is important.”

Facebook, however, clearly disagrees since it explicitly bans ads relating to sexual pleasure.

“We have had open lines of communication with both companies about our policies and are always taking feedback,” a Facebook spokesperson told TechCrunch. “We are working to further clarify our policies in this space in the near future.”

Unfortunately, there is no telling if and when Facebook and other platforms will change their advertising policies to enable companies like Dame Products and Unbound to reach potential customers through ads.

“I think a lot of us feel like we’ve been silenced by these platforms and they control so much,” Unbound CEO Polly Rodriguez told TechCrunch. “Facebook, Instagram, Pinterest — these are the channels startups live and die by. Not being able to advertise on them is a big deal because, in addition to the policies being biased and genders, it prevents those founders from being able to reach potential customers.” 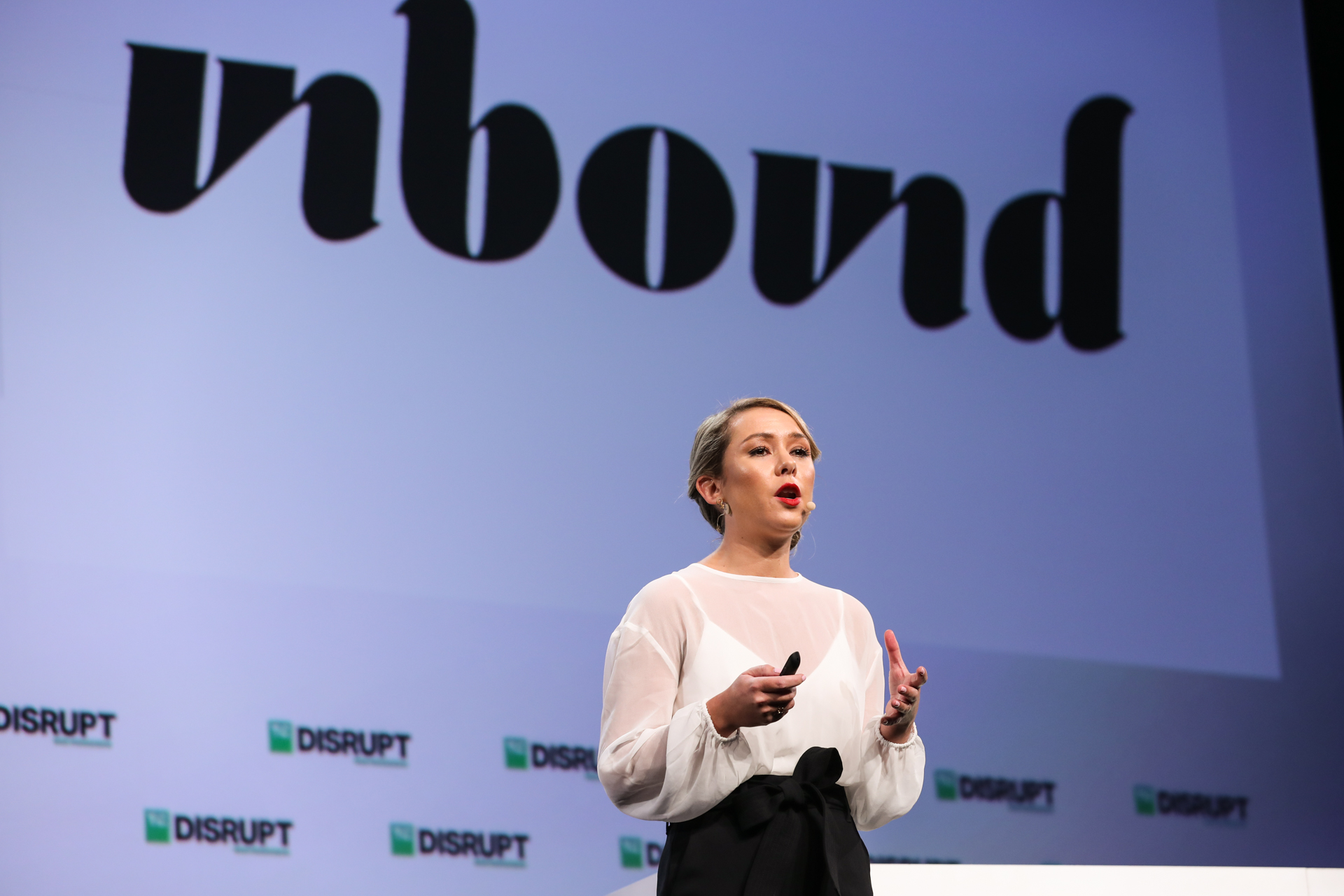 In addition to missing out on potential customers, an inability to advertise can have a detrimental effect on a business in terms of raising venture funding.

“I think one of the most frustrating things is trying to raise a round and getting pushback around where you’ll spend the money,” Rodriguez said. “It’s just tough because it’s this vicious cycle where we could be growing at the same rate as a Him or a Roman. It’s definitely in the tens of millions of dollars in terms of foregone profits.”

In addition to the protest, Fine is suing New York City’s Metropolitan Transportation Authority alleging it’s in violation of Dame’s First Amendment rights, the due process clause of the 14th Amendment and the state’s constitutional rights regarding freedom of speech. The lawsuit came in light of the MTA preventing Dame from running its ads on the subway.

Still, despite efforts to squash it, sex tech may finally be getting its moment in the sun. Earlier this month, the sex tech industry had a big win when the organizer of the Consumer Electronics Show finally decided to allow sex tech companies to exhibit and participate in its competition. That came after the Consumer Technology Association, the organizer of CES, royally messed up with sex tech company Lora DiCarlo last year. The CTA revoked an innovation award from the company, which is developing a hands-free device that uses biomimicry and robotics to help women achieve a blended orgasm by simultaneously stimulating the G-spot and the clitoris. In May, CTA re-awarded the company and apologized.