Big hard disks may be breaking the bathtub curve

Big hard disks may be breaking the bathtub curve

Low-cost cloud backup and storage company Backblaze has published its latest set of hard disk reliability numbers for the second quarter of 2017. While the company has tended to stick with consumer-oriented hard disks, a good pricing deal has meant that it also now has several thousand enterprise-class disks, allowing for some large-scale comparisons to be drawn between the two kinds of storage. The company has also started to acquire larger disks with capacities of 10TB and 12TB.

The company is using two models of 8TB Seagate disk: one consumer, with a two-year warranty, and the other enterprise, with a five-year warranty. Last quarter, Backblaze noted some performance and power management advantages to the enterprise disks, but for the company’s main use case, these were of somewhat marginal value. The performance does help with initial data migrations and ingest, but the performance benefit overall is limited due to the way Backblaze distributes data over so many spindles. 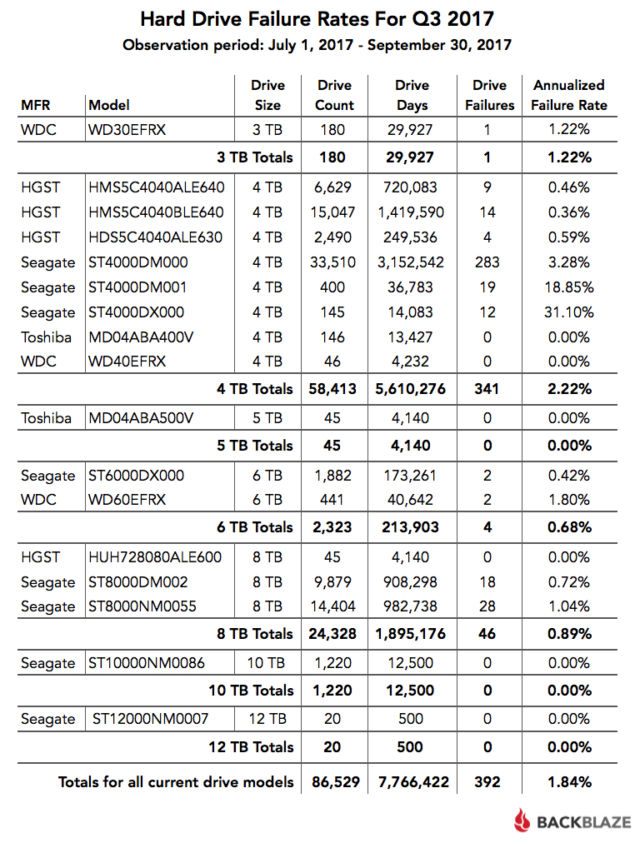