Canal+ would not disclose the acquisition price, but confirmed there was a cash component of the deal.

Founded by Jason Njoku  in 2010 — and backed by $45 million  in VC — IROKOtv boasts the world’s largest online catalog of Nollywood: a Nigerian movie genre that has become Africa’s de facto film industry and one of the largest globally (by production volume).

Based in Lagos, ROK film studios was incubated to create original content for IROKOtv, which can be accessed digitally anywhere in the world.

ROK studio founder and producer Mary Njoku  will stay on as director general under the Canal+ acquisition.

The ability to reach a larger advertising network of African consumers on the continent and internationally was a big acquisition play for Canal+.

Flutterwave is a Nigerian-founded B2B payments service (primarily) for companies in Africa to pay other companies on the continent and abroad.

A large portion of Alipay’s network is in China, which makes the Flutterwave integration significant to capturing payments activity around the estimated $200 billion in China-Africa trade.

Flutterwave will earn revenue from the partnership by charging its standard 3.8% on international transactions. The company currently has more than 60,000 merchants on its platform, according to CEO Olugbenga Agboola.

In a recent Extra Crunch feature, TechCrunch tracked Flutterwave as one of several Africa-focused fintech companies that have established headquarters in San Francisco and operations in Africa to tap the best of both worlds in VC, developers, clients and digital finance.

Flutterwave and Alipay partner on payments between Africa and China

OPay will use the capital (which wasn’t given a stage designation) primarily to grow its digital finance business in Nigeria — Africa’s most populous nation and largest economy.

Opera founded OPay in 2018 on the popularity of its internet search engine. Opera’s web-browser has ranked No. 2 in usage in Africa, after Chrome, the last four years. 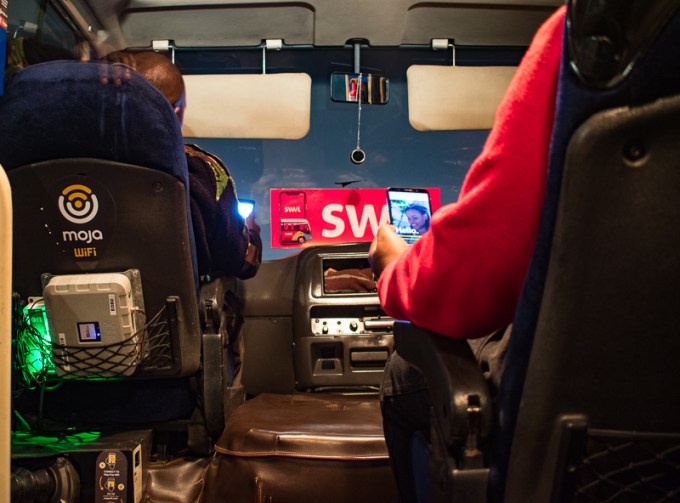 BRCK is installing its routers on Swvl vehicles in Kenya  to run its Moja service, which offers free public Wi-Fi — internet, music and entertainment — subsidized by commercial partners.

Founded in Cairo in 2017, Swvl is a mass transit service that has positioned itself as an Uber  for shared buses.

The company raised a $42 million Series B round in June, with intent to expand in Africa, Swvl CEO Mostafa Kandil said in an interview.

BRCK and Swvl wouldn’t confirm plans on expanding their mobile internet partnership to additional countries outside of Kenya .

Africa’s ride-hail markets are becoming a multi-wheeled and global affair making the continent home to a number of fresh mobility use cases, including the BRCK and Swvl Wi-Fi partnership.

African tech around the ‘net